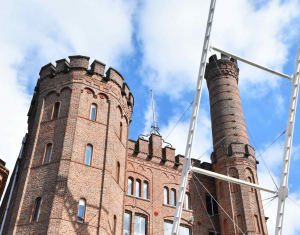 The Archives nationales du monde du travail (ANMT) are located in the heart of Roubaix, in the 19th century Motte-Bossut spinning mill. The deindustrialization that began at the end of the 1970s was the very reason for the creation of the National Archives, a service of the French Ministry of Culture inaugurated in 1993. In the minds of its creators, the aim was to preserve and enhance the value of the archival collections that were in danger due to the liquidation and bankruptcy of industrial establishments, and more specifically of the textile factories and coal mines of Northern France. Every year or so, the ANMT collects fonds resulting from this deindustrialization: Metaleurop (Noyelles-Gaudault site), Charbonnages de France and Normed (former naval shipyards of Dunkirk) to name but a few.