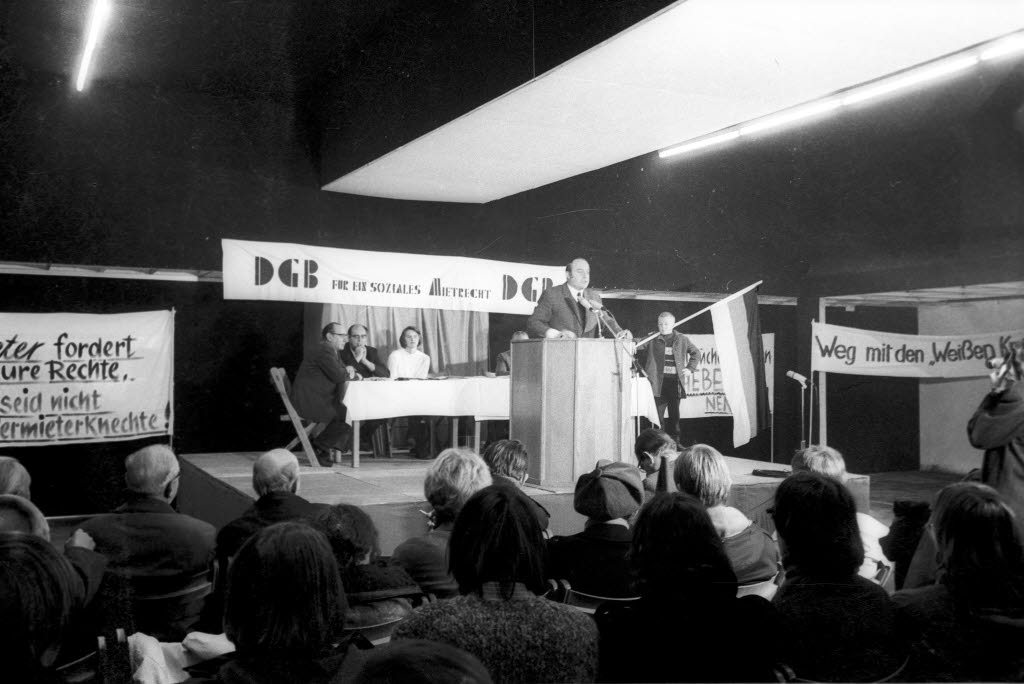 Rally in the Fördehalle. Helmut Schlich from the national board of the DMB speaks. Banner texts from left: "[Tenants] demand your rights. You are not landlords' servants!"; "DGB Für ein soziales Mietrecht. DGB"; "Away with the "White C[...]". Photo: Gesellschaft für Kieler Stadtgeschichte

The German Trade Union Confederation (DGB) is the largest confederation of trade unions in Germany, and one of the largest trade union confederations in the world. It unites and represents the interests of its unions and their members, particularly in the realm of politics. The DGB is represented at all political levels in Germany, as well as within international bodies. Among other causes, the DGB has advocated for a national blanket minimum wage, which was successfully established in 2015.