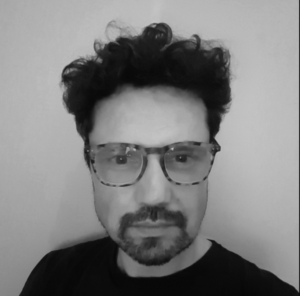 Michael Bianchi is a doctoral assistant at the Faculty of Architecture of the University of Liege. After having practiced architecture and urban projects for 25 years, he now teaches architecture and territory project in the master course ‘Territory, Space, Places’ (Terri_L) and develops a Ph.D. in the laboratory ‘ndrscrLab/Architecture and Politics’, under the supervision of Eric Le Coguiec. His research studies the past, current and future (potential) developments of the industrial city, with the city of Charleroi as a research field. It focuses on the way urban politics try to face economic and cultural decline, torn between neoliberal doctrines, rising inequalities and ecological injunctions.

In 2019, he joined the Urbagora association, an association based in Liège and dedicated to urban debate, citizen training, information on urban issues and production of projects and counter-projects, with social and ecological aims. He is also a member of the editorial board of the review ‘Dérivations’, a review published since 2015 by Urbagora which is devoted to urban issues and combines scientific contributions, literary texts and graphic expression. He is currently coordinating, with Gregorio Carboni Maestri, the issue 8 of the journal, which will be devoted to the conditions of spatial critique (publication scheduled for fall 2022).

On the possibilities of life among the ruins of industry, political stakes of the valorization of abandoned lands in the country of Charleroi.

Like other industrial cities in decline, Charleroi has been undergoing successive redefinitions of its urban and territorial project since the 1960s, in search of a sustainable economic, social and symbolic reconversion. Currently, the city and its territory are the subject of a strategic development plan (2015-2025), inspired by experiences of reconversion initiated in the 1990s in other industrial cities such as Bilbao, Sheffield or Pittsburgh. These experiences are based on a requalification of space on various scales, from the metropolitan restructuring of the territory to the symbolic production embodied by architecture, or the cultural production mediated by public spaces (festivals, public art).

Alongside these phenomena of space production (Lefebvre, 1974) by institutional actors, other practices are developed by inhabitants or users : another production of space, woven by the practices of daily life, appropriates places and history from the ruins left by industry. Cultural and biological, human and non-human forms of life are gradually regenerating themselves by taking advantage of the many interstices resulting from a state of abandonment of spaces. These arts de faire (De Certeau, 1990) are inscribed in the territory and urban space and reconfigure them quietly, leaving their signature and shaping the imaginaries they carry. These tactics, for the most part, escape the urban project and planning logics.

If we focus on this particular figure of the fading industrial city, it is because it exposes with a certain acuteness the need to redefine urban and territorial imaginaries with regard to the social and ecological crises. In this respect, rather than a stage on which this global actuality is embodied, the industrial city could be understood more as a part of the backdrop where the consequences of neoliberal policies, as well as the resistances they provoke, are made visible in a frontal manner.