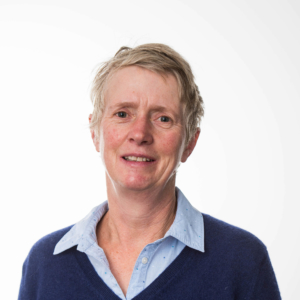 Dr Ruth Barton is a Senior Lecturer in the School of Management and Marketing and has previously held positions at RMIT University and Monash University. Prior to this she has worked as a trade union organiser and started her working life at the Telstra, where she worked as a market researcher and customer satisfaction analyst. Her research interests are in the areas of labour, work, labour history, trade unions and industrial regeneration.Her research focuses on work and employment and specifically about how people adapt and change the world that they find themselves in. Much of her research has been trade unions and the ways that they attempt to use their collective power and resources to change the world around them. Ruth has been a Chief Investigator on an Australian Research Council Discovery grant on Trade Unions and Industrial Regeneration in North West Tasmania (2014-2016).

In the late 1930s in Burnie Tasmania, Associated Pulp and Paper Mills (APPM) put in place a housing scheme to attract workers to its newly built paper mill. Influenced by the welfarist ideas of its founder Gaerld Mussen, the company built a number of managers’ houses, designed by prominent Launceston architects HS East and Roy Smith of Holyman House, to house the managers that it had lured from the British paper industry. For the local workers it put in place a loan scheme, was administered by the company’s Cooperative Council, where the company offered low interest loans and materials to enable the workers to build their own houses, often with the assistance of their workmates, or engage a builder to perform the work. This scheme laid the foundations for Burnie’s architectural and physical form and community. While the APPM factory closed in 2010 and has since been demolished, these houses remain and are a largely forgotten reminder of Burnie’s industrial past. Studies of deindustrialisation typically focus on the factory closure with significantly less attention attention paid to the domestic. This project aims to map APPM’s influence on Burnie’s housing development, patterns and styles; to understand people’s experience of living in these houses; their memories of these houses and the impact of deindustrialisation on the Burnie community.