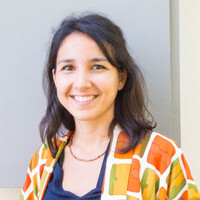 Dr. Anna Calori is a research fellow at the Imre Kertesz Kolleg, University of Jena. Her research interests cover labour and social history, economic history, and global history. Her most recent post-doctoral project analyses Yugoslavia’s economic and multilateral cooperation with the Global South, through the perspective of development and expertise exchanges. For her PhD research, which most closely connects with DePOT, she studied economic reforms and deindustrialization in former Yugoslavia. She has worked in the NGO-sector in the Western Balkans and at the International Labour Organisation in Geneva.

“Work in transition. Identity, reforms, and the struggle for social ownership in a post-Yugoslav enterprise”

This project focuses on the social transformations that accompanied market and privatisation reforms in the late- and post-socialist workplaces. It uses the space of the industrial workplace – as imagined by experts, organised by companies, and experienced and remade by workers – to provide a grounded case study to show how the reformulation of workers’ identity has played out over subsequent economic transitions in Central and Eastern Europe. Drawing upon oral history interviews, archival, and workplace material, the project studies waves of  de-industrialisation, privatisation and market reforms in former socialist countries – as not simply imposed from outside by hegemonic forces of western liberal markets, but were also shaped by indigenous economic thoughts and practices. Such a micro-perspective provides a specific insight into how top-down and bottom-up pressures to reform companies according to market laws played into companies and industrial complexes. By exploring the interactions between economic reform and identity-making, the project contributes to the fields of the global history of socialism, transition studies in Central- and South-Eastern Europe, labour and identity studies in socialist and post-socialist Yugoslavia, as well as de-industrialization studies. The project lends itself to comparisons with other Southern European countries with a tradition of self-managed cooperatives, such as Italy and Spain.