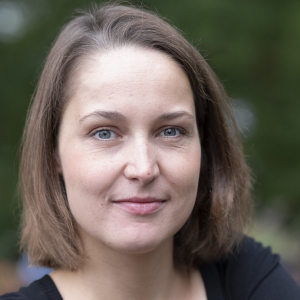 Constanze von Wrangel completed her master’s degree in Urban and Regional Development at the University of Bremen. As a geographer and political scientist trained in interdisciplinary research, she is currently working on her PhD thesis in history under the supervision of Professor Stefan Berger at the Institute for Social Movements at the Ruhr University Bochum.  In her final thesis she had already focused on the Ruhr Area and the creative industries in old industrial areas in general, focusing on different approaches to governance. She has broad experience in conducting and evaluating qualitative social research. In her doctoral dissertation, she discusses the opportunities and limits of identity building by means of regional cultural policy in the Ruhr Area.  In particular, she makes use of oral history interviews to examine the “view from below”, i.e. the perspective of ordinary people, combining and contrasting their ideas about regional identity with the programmatic approaches of cultural institutions such as regional museums and festivals. Constanze’s doctoral project is funded by the Evangelisches Studienwerk.

Until the 1950s, the Ruhr Area and its image were substantially shaped by the steel and coal industries. The coal crisis (1957/58) and later the international steel crisis (beginning in the 1970s) not only marked an economic turning point but also led to questions about redefining regional identity. With the International Building Exhibition Emscher Park in the 1990s and the European Capital of Culture year RUHR.2010 political strategies emerged to exploit the industrial heritage of the Ruhr Area for building new political and cultural identities. Today many political actors, but also academic studies in the Ruhr Area attribute high identity-forming effects to cultural policy measures.

Referring to four central cultural institutions of the Ruhr Area (Ruhr Museum, Industrial Heritage Trail, Ruhrtriennale, Extraschicht: Night of Industrial Culture), my project examines which regional policy strategies and targets for identity-building have been programmatically pursued by the responsible actors. Special focus is placed on the entanglement of old industrial images and myths and contemporary images and visions of the future for the Ruhr Area. In a second step, I will study the impact and influence of cultural policy strategies on the ideas of regional identity performed by the inhabitants of the Ruhr Area. For this purpose, I will rely on oral history interviews with visitors of the above-mentioned institutions and the inhabitants of three selected districts in the cities of Bochum, Essen and Dortmund. All this leads to broader questions such as the participation of different population groups in the regional integration process and the political tensions arising from their living together in the region.