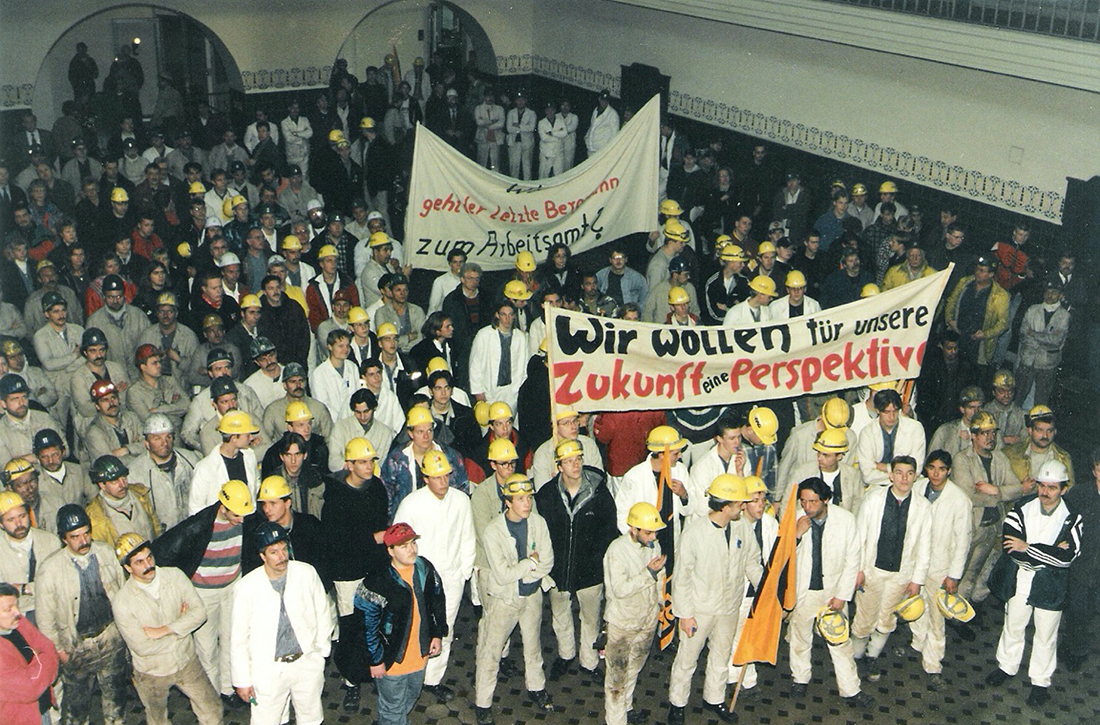 The Deindustrialization & the Politics of Our Time (DePOT) project has organized a two-part Round-Table Series that invites recent authors of books and special issues on deindustrialization to speak to their major findings and what their overall intervention is to the field. The panelists include leading scholars across the humanities and social sciences in North America and Europe as well as museum and policy professionals. After everyone has presented, there will then be a Question & Answer period.

This event will be taking place in English, with presentations in French translated to English via closed captions. If you have any additional access needs please contact the organizer.

Cover Image: Coal miners protesting at the Friedrich Heinrich/Rheinland colliery in the town of Kamp-Lintfort in March 1997. There was a wave of miners’ protests in Winter and Spring 1996/97 as the German Federal Government planned to cut subsidies which would have meant a loss of 60,000 jobs in less than ten years. The banner in front reads “We want a perspective for our future”. Photo courtesy of Betriebsrat Bergwerk West.