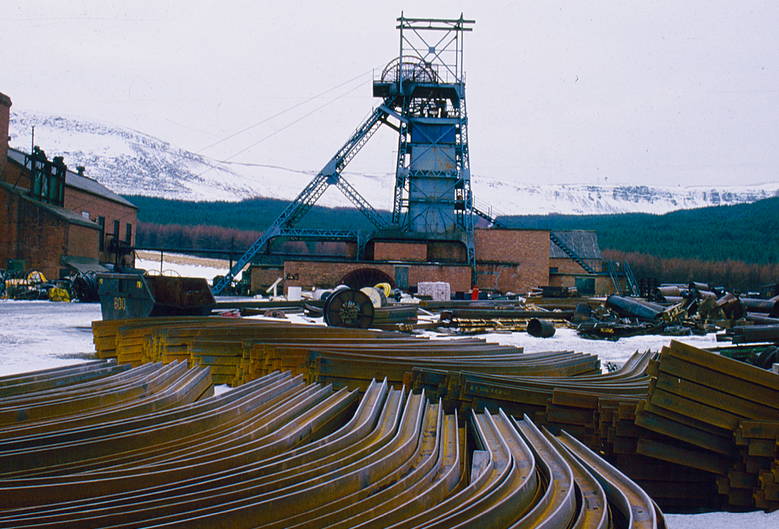 The Deindustrialization and the Politics of Our Time (DÉPOT) partnership project has now concluded the second of two round-table discussions of recent publications in the field. Steven High, the Primary Investigator of this multi-national partnership, reflected upon the first set of discussions elsewhere on the blog. In the second instance, eight authors discussed their work and contextualized their research within the emerging international field. As with the first session, these works bridged divides within the scholarship – but so, too, did they expand the historical boundaries of this area of research. In this blog post, I highlight the ways that this has occurred with reference to the presentations of the authors in question.

As is perhaps familiar for many within the field, deindustrialization studies emerged alongside a political call-to-action in the United States during the industrial crisis of the 1970s and 1980s. The resulting scholarship was heavily focused on the American experience, with texts ranging from studies of the American Midwest to the sun belt. The DÉPOT Partnership, in general, has expanded from this early focus, with co-investigators largely representing Canada and Western Europe. In general, studies based on these regions have focused extensively on deindustrialization as a process of capitalism in developed liberal democracies. These new contributions are pushing the boundaries of these approaches, examining deindustrialization under conditions of actually-existing socialism, transitions between socialist and capitalist market economies, the rise of illiberal democracies, and state development efforts within the Global North that respond to the industrial crisis. These contributions will be essential as the field expands to include transnational research on deindustrialization and working-class experiences in the Global South.

Chiara Bonfiglioli’s Women and Industry in the Balkans: The Rise and Fall of the Yugoslav Textile Sector contributes to pushing these boundaries. Bonfiglioli, a Lecturer at the University College of Cork, traces the experiences of women who worked in the Yugoslav textile and garment industries from the 1980s through the collapse of socialism in 1991. Employing Raymond Williams’ structure of feeling, Bonfiglioli expertly uses oral history to describe the impact of industrial decline in a socialist context and the complex intersection of gender, working-class memory, and life experience in a country during the transition to capitalism. The inclusion of women’s stories and the utilization of gender as a primary lens of analysis is also a major contribution; this is an area where additional research within the field will prove incredibly fruitful.

The boundaries of the relationship between capitalism and liberal democratic governance in the aftermath of deindustrialization were also probed by Gábor Scheiring in his landmark book, The Retreat of Liberal Democracy: Authoritarian Capitalism and the Accumulative State in Hungary. Scheiring, a former Hungarian member of the National Assembly and political economist, examines how Viktor Orbán was able to successfully harness working-class discontent related to deindustrialization to shatter existing norms surrounding liberal democracy and usher in a political project of unbridled authoritarianism. While I would have enjoyed hearing more about the ways that the Hungarian left has attempted to combat these changes, Scheiring’s analysis reveals the political fault-lines that deindustrialization lays bare. The importance of such analysis is obvious not only for Hungary, but for countries around the globe reckoning with the rise of right-wing populism and the appeal of so-called “illiberal democracy.”

State reactions to deindustrialization are also examined in the context of domestic policy in Canada. Alissa Mazar, who works as a Policy Officer in the Innovation, Science, and Economic Development Canada, examines the economics of government efforts to expand the availability of casinos in cities experiencing deindustrialization and associated job losses. Her book Deindustrialization and Casinos: A Winning Hand is a case-study of Casino Windsor – the first resort casino established as a direct response to industrial decline. This serves as a critique of megaprojects as a salve for the ills of deindustrialization; indeed, Mazar’s research explains how the case of Casino Windsor represents another pattern of growth and retraction similar, in many respects, to the auto industry it sought to replace. This is another area where the field will likely grow in coming years; her clear-eyed exploration of a specific set of development policy prescriptions – the megaproject – provides a useful framework for others seeking to assess the efficacy of policy responses.

This is also one area that I would suggest Closing Sysco: Industrial Decline in Atlantic Canada’s Steel City can contribute to discussions about state responses to deindustrialization. I wrote the book as a case-study of deindustrialization in the steel industry of my hometown, Sydney, Nova Scotia. In Sydney, the steel plant was nationalized by the provincial government in 1967; the long history of public ownership in the decades leading to closure in 2000 provides insight into the machinations of regional development schemes under Canadian federalism, the politicization of industrial work, and the challenges faced by the Canadian trade union movement in responding to the threat of closure. The book extends this discussion to state efforts in the aftermath of closure – tracing environmental remediation of a toxic waste site during the early-to-mid 2000s.

IDENTITY AND MEMORY IN DEINDUSTRIALIZED PLACES

Many of the themes of the books presented during this session overlapped; several dealt with state action in a variety of ways, while also including attention to the dynamics of class, race, and gender. The second area where I considered there to be a significant pushing of boundaries was in the way several presenters discussed notions of place and working-class identity in deindustrialized places.

Ben Rogaly was explicit in his focus on such questions in the presentation about his book, Stories from a migrant city: Living and working together in the shadow of Brexit. He explores two questions first posed by Doreen Massey: “what does this place stand for?” and “to whom does this place belong?” In considering these questions, Rogaly uses a case-study of Peterborough in the U.K. Directly challenging dominant notions about the racial politics in deindustrialized places, he reveals a multi-national, multi-ethnic, multi-lingual, and multi-status working-class in Peterborough. These men and women characterize what Rogaly terms “non-elite cosmopolitanism,” recognizing shared interest across borders of race and ethnicity in the face of exploitation by managers and lacklustre health and safe regimes.

Similar considerations are reflected in Giacomo Bottà’s Deindustrialization and Popular Music: Punk and Post-Punk in Manchester, Düsseldorf, Torino, and Tampere. In this trans-national discussion of industrial sound, Bottà argues that sound and music served to both mediate and shape the shift from an industrial city to the post-industrial present. Weaving together the influence of material production and symbolic consumption of sound in these areas, Bottà’s research provides an insightful view into how sensory experiences have directly impacted the ways that residents in deindustrializing cities made sense of their experiences. This is a different view of place-making, one that draws heavily on the value of cultural production in such processes.

Tim Strangleman’s Voices of Guinness: An Oral History of the Park Royal Brewery uses the case-study of Guinness at Park Royal to tell the story of changing attitudes and belief about work during the 20th and 21st century. In this sense, Strangleman’s book about broad shifts – Fordism, neo-liberalism, industrial closures and run downs – and how these changes are lived and felt by the men and women who are directly implicated and affected. Taking the long view, Strangleman traces the history of Guinness “from pre-cradle to post-grave” and discusses how workers at the Park Royal brewery represent, in some sense, a bellwether for broad societal changes in the views and expectations of work. The book reveals deeply embedded notions of identity, work, and historical memory – illustrating how quickly the earth has shifted under British workers during the last half-century.

La désindustrialisation de la Lorraine du fer examines similar questions but at a different scale. Pascal Raggi, historian at the University of Lorraine, discusses how modernization and job losses mounted within the Lorraine iron mining and steel industries – affecting how many male workers came to understand their social position at work, the region, and within French society in general. Tracing this history from the 20th century to the present, Raggi describes how Lorraine shifted from a symbolic location associated strongly with technological innovation and modernity to one connected with decline and deindustrialization. This book connects political economy of this region of France with broader conversations about identity and state action in the face of protracted industrial decline and the transition to the service sector.

Taken together with the works cited in Part One of this discussion series, the 17 publications are both expanding the boundaries of ongoing discussions while developing strong transnational connections and bridging the gaps in the scholarship that currently exist. All these elements will certainly provide grounding for future research.

Welcome to our new affiliates!