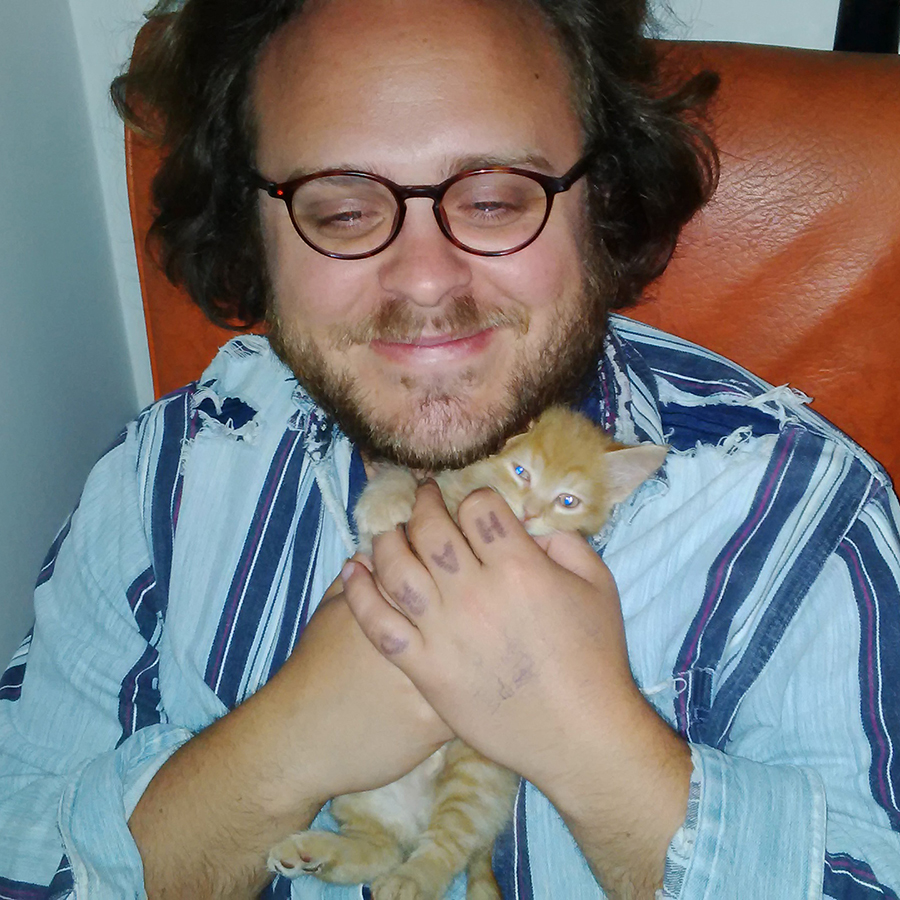 Fred Burrill is a postdoctoral researcher at Cape Breton University, having recently completed his PhD in History at Concordia. He is a Core Affiliate of Concordia’s Centre for Oral History and Digital Storytelling, and splits his time between Nova Scotia and Montreal.

Fred grew up in rural Nova Scotia, in the heart of Eastern Canada’s lumber industry, and witnessed the dire consequences of deindustrialization on his community. In Montreal, he has been an active participant in a variety of grassroots struggles against capitalist exploitation, particularly in tenants’ movements and in migrant justice organizing. This political work has shaped his commitment to public-facing historical scholarship that challenges power structures and de-specializes the pursuit of serious historical inquiry.

Fred enjoys watching baseball, hanging out with his cat, and zipping around Montreal on his scooter. He is skeptical about the political relevance of academia, but despite his best efforts continues to be an incorrigible bookworm.

“Yea Though I Walk: Death and Dying in the Musquodoboit Valley” seeks to analyse the broad material and cultural dynamics of the history of my childhood Nova Scotia community through the very specific lens of end-of-life events and observances. Growing up the son of a rural United Church minister, I became intimately acquainted with both the darkness and hope that surround the experience of collective mourning in rural working-class communities. Illness and death were topics of constant conversation, and questions of who was in the hospital, how a person died, where they had worked, or to whom they were related animated virtually all social interactions. I propose here, employing oral history interviews and archival research, to study three specific micro-histories of death and dying:

(1) The 1936 Moose River Mine Disaster, a cave-in that claimed the life of Ontario shareholder Robert Magill. Moose River placed the Musquodoboit Valley on the world map, as it was the first live- broadcasted event of its type, both nationally and globally. It has also been in the news in recent years, as the Atlantic Gold mining operation has destroyed both the remaining village and displaced a local monument and museum dedicated to the event, bringing with it temporary employment but also serious question marks about the long-term health and environmental impacts of tailings ponds and toxic run- off. The broader history of contemporary gold rushes in the region, finally, speaks to the role of resource extraction in the pushing out of Mi’kmaw peoples from Musquodoboit, and the creation of the solidly white communities of my youth.

(2) Community softball tournaments commemorating the deaths of Darren Henley (1979) and Andrew Leslie (2003), two young men killed in tragic work accidents. The history of these two sporting events demonstrates the disintegration of community in the wake of the shut-down of the local saw mill, but also the multiple, informal ways that working-class people have organized themselves in the total absence of labour institutions in the contract-employment driven lumber industry.

(3) The Arimathea Funeral Cooperative, a local institution founded in 1993 that has played a vital role in countless tragic and transformative moments in the aging and vulnerable communities of the Musquodoboit Valley, relying on the gendered reproductive labour of women and the elderly.

Through these microhistories, I hope to get at broader patterns of regional political economy, the solidarities and racial and gendered divisions of local working-class culture, environmental history, and the long-term impacts on community of life on the resource frontier.