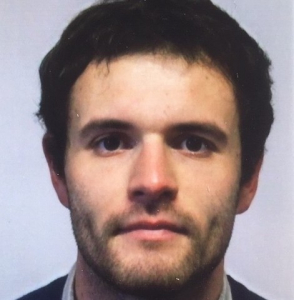 Dr Pete Hodson is an Irish Research Council-funded postdoctoral fellow based at the School of Histories and Humanities at Trinity College Dublin. Prior to this appointment, I worked as Research Associate on two projects at Ulster University and taught on the undergraduate history programme at Queen’s University Belfast. I completed my BA (Hons), MA and PhD degrees at Queen’s University Belfast. My PhD, submitted in 2019, was supervised by DePOT co-investigator Professor Sean O’Connell. My thesis was an inter-regional and inter-sectoral study of deindustrialisation and its social, economic and cultural legacies. It used Harland & Wolff shipyard (Belfast) and the National Coal Board (Durham Area) as case studies. Working-class voices were foregrounded using oral history interviews conducted in the Durham coalfield and East Belfast in 2016-17. The framework of ‘heritage memory’ was developed to understand power struggles surrounding industrial heritage narratives and the redevelopment of industrial space. My research continues to reflect these interests, with a greater focus on the gendered, political and spatial dimensions of deindustrialisation in post-conflict Northern Ireland.

The project will examine the social history, memory and heritage of light industries – defined as smaller manufacturing plants – in two Northern Ireland case studies: textiles in Derry-Londonderry and tobacco manufacture in Ballymena. Both urban areas are some distance away from Northern Ireland’s main industrial region (Belfast and the Lagan Valley). Derry-Londonderry has a majority Catholic population and Ballymena is majority Protestant.

Significantly, both case studies were predominantly female-employing and offer the opportunity to rebalance the masculine bias evident in deindustrialisation studies. ‘Manufacturing memory’ reflects a growing awareness amongst deindustrialisation scholars of the need to expand the field of study beyond ‘heartland’ industrial regions, sectors and workers. Researchers have gravitated towards case studies where deindustrialisation has had a profound (and often bitterly contested) scarring effect. This has produced a distinct bias in the literature towards heavy industry (coal, steel, shipbuilding) and male narratives of economic displacement and cultural loss. Research has focused overwhelmingly on heavy industry and the working-class communities supporting these mammoth and labour-intensive sectors. This has implications for wider understanding about industrial work, identity and community in the twentieth century.

This project adopts smaller scale light industries in provincial areas of Northern Ireland to understand deindustrialisation’s ‘half-life’ where the economic, social and cultural tremors of contraction, closure and urban redevelopment barely registered beyond immediately affected workers and communities. Oral history is used to unpick less visible gender and class-based implications of this process. The political impact of deindustrialisation is being felt with growing intensity across western democracies. Post-industrial discontent has been channelled to fuel (often, but not exclusively, right-wing populist) political campaigns. Shifts in Northern Ireland voter allegiances remain simplistically framed in terms of religion, nationality and conflict legacies. ‘Manufacturing memory’ will integrate this analysis with the themes of deindustrialisation, economic violence and industrial heritage.