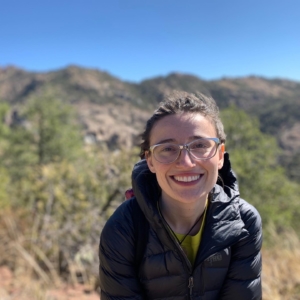 Sophia Richter is currently working on an MA in History at the University of Concordia on the un-ceded land of Tiohtià:ke/ Montreal. Under the supervision of Dr. Steven High, she is a recipient of the Master’s Fellowship to contribute to the Race and the Populist Politics of Deindustrialization research initiative of the Deindustrialization and the Politics of Our Time project. Prior to moving to Montreal, Sophia completed a BA in both Economics and French and developed oral history initiatives in Rhode Island, USA. She is interested in facilitating dialogue on issues that intersect human and ecological systems and in fostering community around the traditions of liberation leaders and movements for sovereignty, civil rights, and anti-capitalist organising. During her time working on the DéPOT project, Sophia will integrate her work in oral history methods with public-facing scholarship supported by methods in the digital humanities. Her primary sources of inspiration include Alessandro Portelli, James Baldwin, and spanish moss-draped cypress swamps.

The fishing industry of New England, and particularly in the lands of the Nahaganset and Eastern Nehântick people/ Rhode Island, has played a significant role in the history and formation of the region’s identity. Its unique dynamics along the sea-to-table supply chain imply a divergence from the economic trajectories of other industrialised, and later globalised, forms of capital. This not only raises important questions about the ways in which deindustrialization unfolds for similar industries but also about how race and class interact in this landscape of access to natural resources, capital accumulation, and identity construction from one fishing community to the next. Using Rhode Island fishing communities as a case study for this broader phenomena, what does it say about the nature of the capitalist system that it has resulted in their feeling such resentment that they are compelled to support the rise in right-wing populist movements? These feelings of resentment towards racial and ethnic “others” and of fatalism towards the effectiveness of the current governing and market institutions to improve their wellbeing resonate with right-wing populist movements around the world. A better understanding of the systemic causes of these feelings may have implications for other communities similarly disrupted by deindustrialization. By centering race in the framework of this project, I hope to explore the complex relationship between racial capitalism and the emotional structures around whiteness and how this framework can contribute to the field of deindustrialization studies.