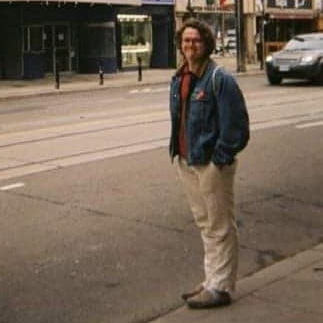 Thomas Fraser is a graduate student in History at Concordia University, with research interests in the politics of housing, labour, and urban space in 20th century North America. He completed an undergraduate degree in History and Geography at the University of Toronto in 2020.

My Master’s work focuses on the politics of public housing in North American cities in the mid to late 20th century. Looking at the development of new ideals of ‘urbanism’ in reaction to the major infrastructure projects which defined postwar modernism, I explore the political formations which targetted public housing as a central feature of the ‘declining’ downtown in need of revitalization. Activists in gentrifying neighbourhoods framed their opposition to modernist planning in terms of a reification of individual home-ownership defined as ‘historic’ vis-à-vis modes of housing tenure deemed ‘ahistoric and modern,’ thereby casting the state’s intervention in the housing market – limited though it was – as the cause of urban unrest and ‘decline.’ Adapting Henri Lefebvre’s theorization of the production of space, I look at the construction of an idealized ‘historic landscape’ by groups such as heritage advocates, real estate agents, and business associations, which worked both individually and in tandem to undermine the project of government-provided low-income housing. Through this work, I seek to situate the dismantling of non-market housing not solely as part of the wider neoliberal turn towards re-entrenched market hegemony in North American cities, but also as part of a micro-level local politics of anti-modernism which sought to reaffirm the social value of home-ownership and private markets as part of its solution to the “urban crisis.”