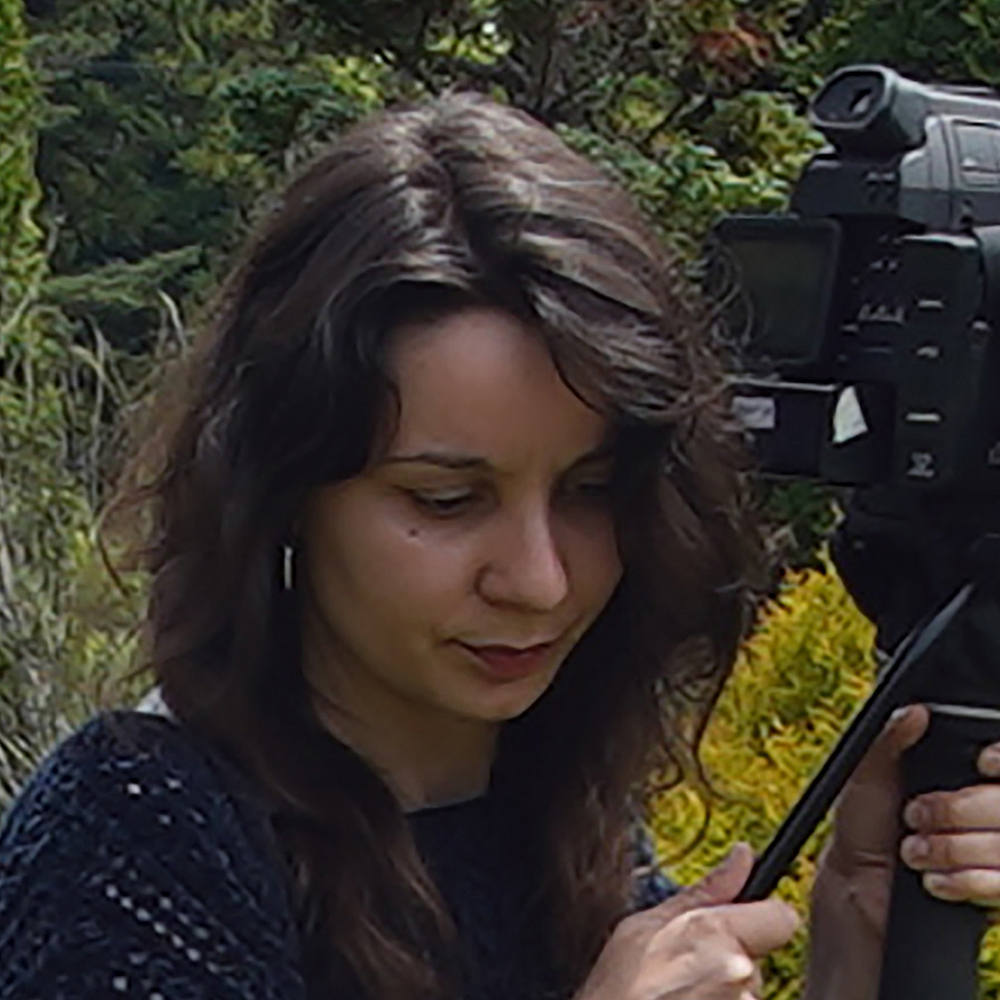 Clara Casian is a visual artist and filmmaker whose practice draws parallels between forgotten histories and abandoned sites of memory. Her work combines constructed archive fragments of historical significance, with a hybrid mix of images, layered in a rhythmic montage. The artistic process is based on archival research, investigative interviews with communities, and collaborations with locals. Themes include stringent issues of ecology, oral histories, deindustrialized sites, changes in habitats, and nuclear culture.

Her recent MRes degree at University of Westminster was developed in post-industrial environments in Barrow-in-Furness, UK, looking at the current ecological tensions between natural and man-made social environments. The project reflected on the history of Barrow-in-Furness, exploring 1900s records from Piel Marine Laboratory and Fisheries, and collected testimonies on forced industrialisation and its impacts on water pollution. Other projects include a two-year research project based in Japan, called ‘The Earth Asleep’, investigating the tragedy of the 2011 Japanese tsunami and Fukushima disaster, and ‘Birdsong-Stories from Pripyat’, made in response to the 1986 Chernobyl Power Plant disaster.

Clara’s proposed project will examine the post-industrial transformation of the St. Lawrence River and the Lachine Canal, tracing the pollution left by industrialism (iron and steel, petrochemical, manufacturing), the ruination of such places and their lasting effects on living ecosystems and cultures. As part of the research, she has identified three main sites of interest which contained traces of industrial processes and environmental cleanup.

Clara’s creative practice will incorporate historical archival materials, moving images, and recorded oral history interviews in order to ‘read’ the post-industrial landscape. More specifically, her research will focus on the matter of the polluting chemical, a scientific microscopic view of radioactive substances, oil, and cadmium. At the centre of the enquiry, emphasis will be placed on the human being as a depository of memorial values: the living archive. The archival findings, original video footage, and first-person testimonies will help detect the role of nature as covert, hiding toxic waste.