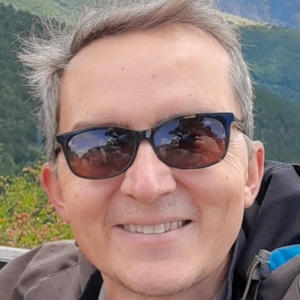 Filippo Sbrana is a scholar of Economic History in the Modern age. PhD, he is assistant professor (tenure-track) at Università per Stranieri di Perugia in Italy, where he teaches Economic History of globalization.

His research is focused on these topics: economic and politic history in the Modern age; public intervention in the economy; banking and financial sector; employer organizations and workers trade unions; Mezzogiorno, regional development and North / South relations in Italy; foreign trade (especially related to development and geopolitical relations); economic and social consequences of deindustrialization. His publications are often focused on the connections between economic facts and political and social aspects. He also studied the biography of some protagonists of modern Italian history, such as Guido Carli, Pasquale Saraceno and Ugo La Malfa.

Currently his research mainly concerns two issues. The first is the economic crisis in the Seventies and its consequences in Italy: the economic, social and political transformations, origin of the “Northern Question” and the Lega Nord, racism against citizens of the South. The second topic is the international projection of the Italian economy after the Second World War, with insights into the role of banks, the economic development, and the geopolitical consequences.

From the economic crisis to the populism of the Lega Nord

Italian modern history offers an interesting point of view for analyzing populism and racism. The focus of my research project is the origin and development of the populist movement Lega Nord. At the beginning there are two issues, both in the 1970s. The first was is the economic crisis. It was very strong in Italy and increases unemployment especially in the industrial sector. The second was the establishment of administrative regions in the country. It restarted the historic opposition between the North and the South of the country. In the early 1980s, the first autonomist leagues were born in northern Italy and they merged into the Lega Nord in 1991. In the first half of the 1990s, Italian politics changed. The largest party (the Catholic DC) was no longer elected in parliament, the so-called Second Republic was born and the priority on the political agenda was no longer the underdevelopment of the South but the growth of the rich regions of the North. The League played an important role in these events. Subsequently, it ceases to be a regionalist movement and becomes a national party. In 2018 the Lega get about 20% of those elected in Parliament.

I have been studying these issues for several years, with a focus on the relationship between the North and the South of the country. Now I am analyzing them (along with other events) from another point of view. I want to deepen the connections between deindustrialization, populism and racism. Throughout the history of Northern Question and Lega Nord we find elements linked to populism: economic crisis, industrial system change, unemployment; disaffection for traditional parties; denunciation of the elites who do not govern for the good of the people (of the North). The comparison with scholars who deal with the same subject will help to understand the peculiarities of Italian history and the connections with the international / global one.