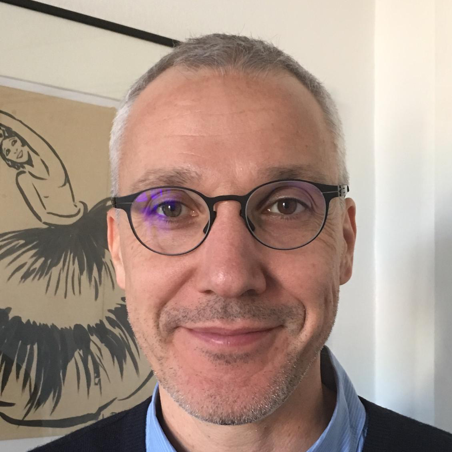 Pascal Raggi is a lecturer at the University of Lorraine, researcher at the Centre de Recherche Universitaire Lorrain d’Histoire and scientific director of the Musée de l’Histoire du Fer. Pascal Raggi spent his childhood and youth in the mining and steel-producing Pays-Haut of Meurthe-et-Moselle (north-eastern France). The grandson of two iron ore miners, he is also the son of a former accountant of Lormines, the last French company to exploit the iron ore mines of Lorraine. Thus, his family was directly involved in the history of the industry in this region. Born in 1971, he experienced the disintegration of an old industrial world that had forged the strong cultural and social identity of the Hommes du fer since the end of the 19th century.

• 2020-2022 : Participation in the development of the Dictionnaire Historique de la sidérurgie française – DICOSID

DICOSID has an editorial committee composed of Éric Godelier (École Polytechnique), Ivan Kharaba (Académie François Bourdon), Philippe Mioche (Aix-Marseille University) and Pascal Raggi. The work will be published in 2022 by the Presses Universitaires de Provence. This dictionary aims to become a lasting reference tool for understanding the growth and decline of the French steel industry. It offers convenient access to the different aspects of this unique industry. The dictionary includes numerous heritage and memorial entries and is intended to accompany the necessary process of heritage preservation. The dictionary will consist of 1200 pages and about 300 entries written by about fifty different authors.

• Beginning of a research project on the history of employees (female and male) of large industrial enterprises in the 19th and 20th centuries in France. From the end of the 19th century, the role of male and female employees was fundamental to the functioning of industrial enterprises. From the second half of the 20th century onwards, in the Western collective imagination, the ‘office’ has become the archetypal workplace.

This involves working in archives containing the collections of major French industries emblematic of the industrial world, past and present, as well as conducting interview campaigns for employees who worked during the Trente Glorieuses.