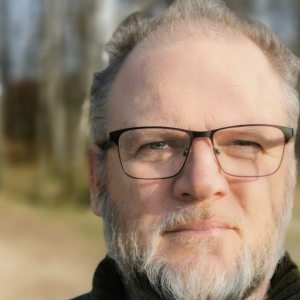 Stefan Backius is an historian working at the intersection of deindustrialization, culture, postindustrialism and working class heritage, currently empirical-minded toward the Swedish industrial region Bergslagen, post 1970s. He is interested in how global deindustrialization processes entangle with community decline, public memory and collective identification locally. Moreover, an additional interest is how individuals, groups and societies remember and use historical events.

His PhD ‘Arbetare på scen: amatörteater som politiskt verktyg’ [Workers on stage: amateur theatre as a political tool] published 2011, focused working class cultural activities in the 1970s in commemoration of a famous mining strike in the 1890s. Mobilization patterns derived from The Sixites (1968) and the matter of the new Swedish cultural policy of the 1970s created venues in the borderland between institutionalized organizations and collective identities were cultural activism became a key element. The doctoral program, conducted 2004-2011, was a part of an interdisciplinary research environment at Örebro University on urban and regional development issues.

Before and after his PhD, he worked in popular education, community cultural activities and politics for several years, as well as industrial workers and musicians. Since 2016, he has been a senior lecturer in history at Karlstad University in Sweden.

Reminiscences of Deindustrialization: The making of public memory

The process of deindustrialization that began in the 1970s severely affected the Swedish industrial area Bergslagen. Few opportunities for alternative employment existed. This created a profoundly precarious situation for communities in the region and for the decreasing population in the municipalities who faced new types of challenges and altered horizons of expectations.

Meanwhile, in one economically distressed municipality, local political leaders insisted on and deployed different types of cultural and aesthetic initiatives with reference to deindustrialization and “the coming post-industrial society”. Traditional values, ideas and mentalities, as well as proven experience and past modes of action suddenly appeared outdated in the local public sphere. The working-class culture was under encroachment.

The project concerns the multifaceted consequences of deindustrialization and focus how the post-industrial scenario in one local community affected public memory. In addition, how different reactions and patterns of action emerged in response to deindustrialization is also of import and interest. Through a local longitudinal study from the discipline of history in the small (below 10.000 inhabitants) rural mono-industrial community Hällefors, where the glory days of the steel industry still are in living memory, the project will consider the relation between community decline, collective identification and cultural activism.