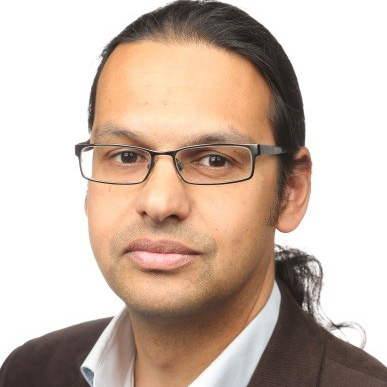 Stefan Moitra is a researcher at Deutsches Bergbau-Museum Bochum (DBM), Germany. He read history and media studies at Ruhr-Universität Bochum and at the University of Glasgow. From 2006 to 2008 he was a Marie-Curie-Fellow at the Centre for European Studies at University College London where he also did his PhD on “Working-Class Culture and Cinema in Germany and Britain after 1945: A Comparative Study of South Wales and the Ruhr” (2011). A historian at the DBM since 2011, he has worked on the social history of mining communities, the history of scientific knowledge and education in the coal industry as well as on visual representations of (mine) work. More recently, he has co-conducted an oral history project on life stories and memories of West-German coal mining, a collaboration between the DBM and the Foundation History of the Ruhr. He is also a co-coordinator for the working group “Memory and Deindustrialisation” in the European Labour History Network.

After two centuries as a key sector, coal mining finally ceased to be an active industry in Germany when the last colliery, the Prosper-Haniel mine in Bottrop, closed down in 2018. In the West-German coal regions, most notably in the Ruhr, the mining industry has clearly left its mark. However, the retreat of the industry was a gradual process, covering six decades and encompassing several phases of crisis and re-consolidation. Over this period, the coal miners and their communities experienced an amalgam of partly interlinked, partly conflicting developments, both in the workplace and within the wider social sphere: e.g. an accelerated mechanization; the democratization of industrial relations that was to some extent part of crisis management; the (conflicting) cooperation between state, employers and trade unions to avoid mass redundancies while securing the eventual demise of the industry.

These and other topics have been addressed in interviews undertaken between 2015 and 2018 as part of the project “Menschen im Bergbau”. 86 people altogether – underground workers, their family members, trade unionists, and industry executives – have shared their memories of mine work in the Ruhr as well as in other West-German coal regions from 1945 to 2018. As a first result the website http://www.menschen-im-bergbau.de presents a selection of these memories. Continuing the project, two book projects are in the making – a history of coal mining in West Germany, based on the memories and interviews collected earlier and one on the relation between oral history and industrial heritage in the Ruhr (authored by Katarzyna Nogueira). A third part of the project uses the interview material to create online modules for school teachers.