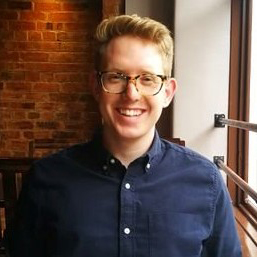 Rory Stride is a post-doctoral researcher at the University of Strathclyde, based in the Scottish Oral History Centre, under the supervision of Professor Arthur McIvor. His family have deeps roots in Govan – the working-class shipbuilding district of Glasgow, where he attended primary school in the shadow of Fairfield Shipyard. He is interested in how individual lives, communities and political discourse continue to be profoundly shaped by deindustrialisation in Scotland, Europe and North America. He is specifically interested in the experience of deindustrialisation, and its long-term consequences, on women in west-central Scotland’s once thriving textile sector.

In 2017, Rory was awarded the Scottish Oral History Centre’s Neil Rafeek Prize for most innovative use of oral history by a postgraduate or undergraduate student. In addition, he was awarded the University of Strathclyde’s Faculty of Humanities and Social Science J. Percival Agnew Prize for the highest rated undergraduate history dissertation.

His PhD research is funded by the Arts and Humanities Research Council and he is a member of the Scottish Graduate School of Arts and Humanities. Most recently, in 2019, his first article ‘Women, Work and Deindustrialisation: The Case of James Templeton & Company, Glasgow, c.1960-1981’, was published in Scottish Labour History.

In the collective consciousness of Scotland, deindustrialisation is inextricably linked with Margaret Thatcher, the decade of the 1980s, significant industrial closures in heavy engineering and heightened male unemployment. However, deindustrialisation has greater longevity in Scotland with its roots tracing back to the 1950s and extending beyond Thatcher’s premiership, which ended in 1990. In west-central Scotland’s textile and clothing industry, significant and continual redundancies and factory closures punctured the lives of thousands of working-class women throughout the late 1990s and early 2000s. Notably the two largest textile and clothing employers in Glasgow, D&H Cohen’s and Bairdwear did not close their manufacturing plants until 1996 and 2000 respectively, resulting in one thousand workers – an overwhelming majority were women – being made redundant.

This current research project focuses on the experience of women employed at four of Scotland’s largest employers in the clothing and textile sector during the twentieth century, including: Coats Viyella’s textile mills in Scotland’s pre-eminent textile town, Paisley. Bairdwear, which had numerous factories in Glasgow; D&H Cohens clothing factory on Glasgow’s southside; and Stoddard Carpets located in Elderslie, Renfrewshire.

Through the curation of a new collection of oral history interviews conducted with women employed at each of these companies, this research project privileges the voices of working- class women and uses their testimonies to inform our understanding of women’s relationship to paid employment and their experiences of deindustrialisation in Scotland during the second half of the twentieth century. It explores the profound and long-term impacts of deindustrialisation on the lives of the women who experienced redundancy, considering the impacts of the loss of work on their mental health, family relationships and transitions to new forms of employment. Moreover, the research explores the long-term impacts of deindustrialisation on the built environment and community identity within the context of gentrification, poverty, and regeneration projects.